Which images tell the story and why? 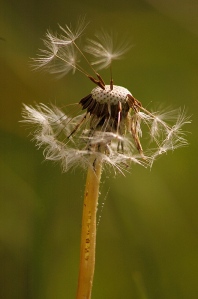 When I’m in the field, I shoot what happens in front of me. For some reason, something tickles my emotional senses. So, I just make the image. We say make the image, because of the conscious decision what to include and what to exclude to make it speak, so to say.

It’s at that time that a story forms in my head. Then there are situations where the action is so fast and furious I just put myself on auto and keep mashing the shutter release. I call that my Hand-Eye-Heart shooting. Everything works in concert. At that moment, I just trust it is working properly.

Later, my recall seems to review just what was happening so that becomes my story. The emotional part. I may do some research to fill in the details. On one of my first submissions of Great White Heron that I was lucky enough to photograph, an editor suggested the size of the species be included, the feeding behavior, the habitat, the environment and behavior. She needed that to help complete the story.

I did what she suggested and she published the article in the following issue. But the sizzle of the article still went back to my emotional recounting of the event. The article or partial at least is on this site under “Published Credits”; however, as it did not reproduce well – this is some of what I added to round out the article.

“The great white heron’s preference for marine habitat accounts for its concentration in the Keys. It nests on red mangrove islands along with a wide variety of other birdlife, including pelican, egret and other herons. Colonies of these mixed residents can usually be heard from some distance, especially in the mornings as they carry on their greetings and courtship rituals.”

About the image of Dandelion above…

I was exploring Max Patch, a popular are near the NC /TN border near Fines Creek. It was a nice day, in the mid morning and I stretched out on the trail and my mind drifted. I glanced up and noticed a service berry bush in stark beauty against the sky. Grabbing my Camera with 300mm lens I focused and made a couple of shots. it is still one of my favorites; however, if I had been smarter I would have put it on the tripod and dialed in a little more depth of field. Then it would have been very publishable.

In that moment, with long lens in my hands I scanned other possible subjects and stopped at the dandelion above. Place it on the tripod and made that shot. It has been published a number of times. I was taken by the seed just hanging there ready to fly away. It would not need any caption. The edge of the spider web completes that voice, almost saying nature, pristine.

That led to exposing other images as a way of rounding out a story about Max Patch. Here is

one of them – a field of wildflowers, in the woods. I felt, at that time almost a sense of a troll walking through the area, still feeling that emotional pull that said to me “Include that scene.”

So, we begin by showing up, putting ourselves into an area that seems right at the moment. And the story that is supposed to be told sort of unfolds.

Bill Thomas, may he rest in peace, used to call it “thinking on our feet.” But that voice comes from somewhere else. My job is just to listen and do what I’ve learned. That keeps changing the more time I spend at it. Guess that’s what they call a work in progress…

This site uses Akismet to reduce spam. Learn how your comment data is processed.